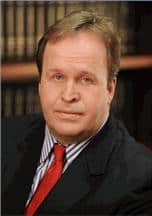 Richard M. Kenny is a battle-tested New York trial attorney with over one hundred and fifty verdicts in his twenty-six-year career as a lawyer. He has spent his entire career devoted to the representation of the seriously injured throughout the Bronx, Brooklyn, Manhattan, Queens, and Greater New York City. As a lawyer who has been practicing personal injury law in New York since 1990, and a member of the Million Dollar Advocates Forum®, Richard M. Kenny has the professional experience and the legal knowledge of New York injury law needed to protect your rights. Before starting an independent practice, he was able to gain valuable experience from one of New York City’s largest personal injury firms. With a desire to work more directly and exclusively with clients, Richard M. Kenny then went on to found The Law Office of Richard M. Kenny in 2002. Our attorneys represent clients who have been injured or have lost a family member in a serious accident or as the result of medical malpractice. Attorney Richard M. Kenny also provides legal service for victims of civil rights violations, including police brutality and false arrests. Our firm is prepared to negotiate on your behalf and to take your case to trial when necessary.

Throughout his legal career, Mr. Kenny has been involved in over 200 trials. He has helped many injured and victimized clients, as well as their families, recover substantial verdicts and settlements. Richard M. Kenny has successfully prosecuted numerous record-setting cases ion New York. He is AV-rated* and Lead Counsel rated and was selected for inclusion in the New York Super Lawyers® listing, the Million Dollar Advocates Forum®, and the Best Attorneys of America.

A graduate of St. John’s School of Law (class of ‘90), Mr. Kenny has worked tirelessly on behalf of accident victims throughout his entire career and has specialized in the representation of firefighters injured in the line of duty. He is a proud member of the New York State Trial Lawyers Association, the New York State Bar Association, the American Association of Justice, the Million Dollar Advocates Forum® and the Legends Society of Top Lawyers in the United States. Mr. Kenny, however, is most proud of the pro bono work his office did on behalf of families and individuals affected by the September 11th tragedy where they represented multiple victims.

The majority of Mr. Kenny’s time is spent in court on behalf of his severely injured clients. Throughout his career, he has tried to verdict over a hundred cases, winning tens of millions of dollars in compensation on their behalf. He currently has one of the highest sustained verdicts in the history of the Second Department on a non-medical malpractice negligence case, wherein he successfully represented a young woman who was catastrophically injured in a one-car accident that was proven, during a three-week trial, to have occurred as a result of improper highway design. That case resulted in a sustained verdict in excess of $13,000,000.00. He was also co-counsel on a well-documented tragedy involving the death of three firefighters which resulted in a verdict in excess of $11,000,000.00.

In January 2014, Mr. Kenny was appointed as a member of the First Department Disciplinary Committee, which performs the vital function of protecting the rights of clients by maintaining the integrity of the legal profession.